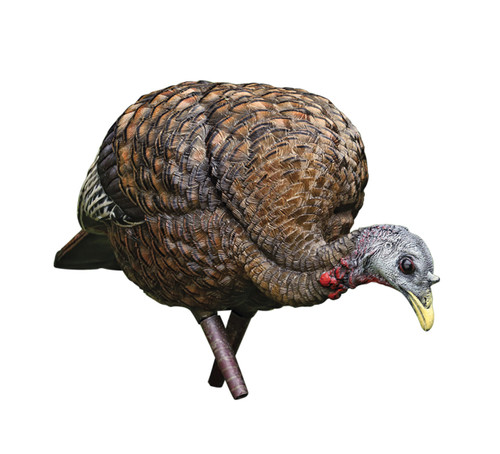 The Avian-X LCD Feeder Hen Turkey Decoy features a realistic paint job that mimics the natural reflection of hen feathers. The head-down position of this feeding hen decoy simulates a lone hen, causing nearby toms to approach for their chance to court the female. This collapsible decoy is 15% smaller than a live turkey, making it non-threatening and more approachable, as well as easier to store and carry. The dura-rubber build of this decoy allows it to fold compactly for easy transport. With an included stake and carrying bag, the Avian-X LCD Feeder Hen Turkey Decoy draws toms in close for more success in the field or open woods.

Get the latest updates on new products and upcoming sales